What is Blinding in Clinical Trial? 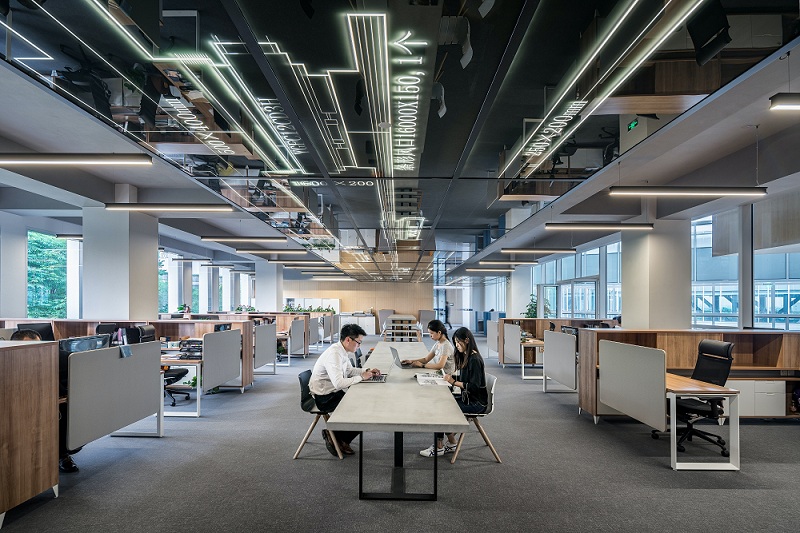 As per National CancerInstitute: “A type of study in which the patients (single-blinded) or the patients and their doctors (double-blinded) do not know which drug or treatment is being given. The reverse of a blinded study is an open label study.”

Blinding is a procedure in which one or more parties in a trial are unaware of which participants in the treatment arms were assigned, that is, what treatment was received.

Blinding is an essential characteristic of any study performed to prevent and eliminate conscious or implicit bias in planning and conducting a clinical trial.

The different parties involved in the clinical trial are all possible sources of bias, including:

A clinical trial is called a single blind if only one group, usually the patients, are blinded. If both the participants and study staff are blinded, it is known as double blind study. Triple blinded experiments also expand the data analysts to blind.

A trial in which no blinding is used and the treatment groups are known to all parties is called open label or unblinded.

Blinding, Masking and Concealment of Allocation

Blinding in health and medicine is withholding the information from those involved. This can be used in variety of the research setups such as blinded reviews of the articles submitted for publication so the reviewers do not know who has conducted the study and where, and can deliver their unbiased view.

In case–control studies, for example, blinding the observers, where possible and can help in obtaining unbiased data. The purpose is to look fair-minded to those who are being assessed and to provide unbiased data as much as possible.

Our anxiety in this section is with blinding in a clinical trial setup where fair-mindedness and unbiased data have special consequence.

In a clinical trial setup, sometimes the exposure or the associated baseline information and sometimes the outcome are not correctly assessed.

This can occur due to bias of the observer, or of the recording clerk who may categorize a subject into a particular category of interest supporting one’s individual hypothesis.

Observer bias can also occur if the subjects with disease are assessed more intensively and more carefully than those without disease.

Additionally, there is a tendency for the subjects to respond differently depending on whether they are in the treatment group or in the control group.

They may show few psychological effects when none actually occurs or can conceal the actual effect. Depending on which group produces better performance, they may want to move from one group to another.

This might interrupt the trial. Three precautions are taken to control all of those biases.

Both methods are closely related but separate and often confused with one another.

Blinding can be problematic and sometimes not achievable. One problem in this section is the masking and the second problem is its feasibility.

Blinding is simply not possible if one movement keeps patients in hospital for a specified number of days and the other is early discharge and home rehabilitation to assess outcomes such as quality of life, readmissions, and falls after hip surgery.

Control must be another type of surgery, and not a placebo, in most surgical interventions. Many times a sham surgery can be unethical, as it exposes a patient to surgical risks.

In any case the regulation of blindness in a surgical court is highly difficult. With proper consent the patient can be held blind however the surgeon certainly understands.

Conversely, a mechanism can possibly be developed wherein all assessments subsequent to the operations are done by the another surgeon who does not know and cannot decipher whether the patient belongs to the test surgery or the control surgery.

If the results of one of the medications are such as to be noticeable (e.g., marked facial flushing after taking a drug or having various symptoms following different forms of surgery), the blindness is almost impossible to manage.

A similar problem arises when one compares, for example , two different durations of hospitalizations.

Blinding is rarely achievable in studies requiring long follow-up. At some stage something happens that can break the code. Field trials are very problematic to be blinded except in some typical situations. Special efforts must be needed.

For example, Lwegaba reports a single-blinded field trial on the educational material for tobacco prevention.

The trial was conducted on the school students and the schools were indistinctly located so that contact between students did not occur and the blinding could be maintained. Some trials keep a provision of interim appraisals.

This has the potential to unblind an otherwise blinded trial. Unblinding is necessary in order to assess whether the treatment arm is giving satisfactory evidence of the efficacy or of futility relative to the control or for sample reestimation.

Efforts are being made to ensure that this blinding remains confined to an unconcerned group such as the Data Safety and Monitoring Board and does not extend to participants and evaluators and that blinding remains in effect until the trial is completed.

Morality issues are attached to blinding because information is withheld from participants on the one hand who would be keen to know what they are getting in the event of an unusual side effect appearing or unusual recovery occurring, and on the other hand, I If the doctor does not know, he may not be able to take remedial action if anything happens to the detriment of the participant.

Nonetheless, this is considered acceptable so long as the subjects are fully informed about blindness and they provide consent.

Also, breaking the code must be axiomatic if the care providers consider it necessary in the interest of the patients. …

The term blinding refers to the individuals participating in the project, and masking to the regimens and the procedures. An obvious prerequisite for maintaining blinding is that there must be no distinction between the treatments.

In a trial, the regimens and procedures have to be disguised to look as similar as possible to the subjects and the assessors.

This can be easily illustrated for drugs where in appearance (colour, height , weight, packaging, scent, etc.) and likely in taste, the active drug under trial and placebo will look exactly alike.

Now, very important is that the treating physician would know the treatment because (s)he is giving the treatment unless the masking of the regimen is done and the regimen such as the tablets are in the envelopes for administration.

Both the regimens need to be administered equally often for masking. If one is once a day, and the other two times a day, the former must be given a second placebo every day to look like identical treatments.

In this example, this looks simple but remember one scheme that needs six tablets a day and the other only two. You can have four placebos but the subjects may find six too cumbersome to swallow and may decide to take three.

It may all be placebos. This can be hard to track. Therefore masking isn’t always easy. Beforehand, consider what is feasible.

Two anesthetic agents are a classic example, one of which is to be given 30 ml and the other 60 ml. The dilution is not advisable in this situation.

A placebo ( or saline) of 60 ml to the first group and of 30 ml to the other groups with the same appearance are provided for masking in this case. The series is randomised. This could sound odd as both groups get placebo.

In this case this is important to mask the regimen. This techniqueis called double dummy.

Allocation concealment is that in a clinical trial, the person allocating the treatments does not know what treatment the next person will get.

The allocation of the subjects to the therapies under trial is usually performed with the help of opaque sealed envelopes that contain the assignment.

They are only opened after the name of the subject and other information is written on the envelope so that the procedure can not be altered.

Concealment means the envelopes are in random order, and the envelope serial can not reveal what medication it contains. A third party keeps all of the random sequence data.

This avoids bias in choosing which subject should receive which care from the allocating individual. Usage of pharmacy as a third party is common in the case of drug trials to conceal the allocation.