The History of clinical research 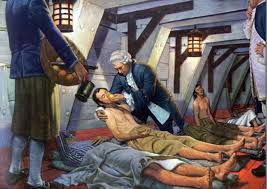 The evolution of clinical research traverses a long and mesmerizing journey. From the first recorded trial of legumes in biblical times to the first randomized controlled of trial of streptomycin in 1946.

The history of clinical trial covers a wide variety of challenges – scientific, ethical and regulatory. The UK Medical Research Council’s (MRC) trial of patulin for common cold in 1943 was the first double blind controlled trial.

The journey moves from dietary therapy – legumes and lemons – to drugs. These were followed by changes in regulatory and ethics milieu.

605 BC Book of Daniel: The world’s first clinical trial is recorded in the “Book of Daniel” in The Bible.  During rule of King Nebuchadnezzar in Babylon, he ordered his people to eat only meat and drink only wine, while he allowed vegetarians to eat legumes and water — but only for 10 days. When the experiment ended, the vegetarians appeared better nourished than the meat-eaters.  The king endorsed legume lovers to continue their diet.

1537: Ambroise Pare in 1537 was responsible for the treatment of the battlefield wounded soldiers. As there was insufficient amount of oil as needed, He was constrained to apply digestive made of yolks of eggs, oil of roses and turpentine in place of oil for battlefield wounded soldiers. He found those to whom he had applied the digestive medicament feeling but little pain, their wounds neither swollen nor inflamed, and having slept through the night. This is an example of accidently performed comparative trial.

1747: James Lind and Scurvy Trial: He planned a comparative trial of the most promising cure for scurvy. On May 1747, he selected twelve patients in the scurvy. They lay together in one place, he gave diet common to all. The consequence was that the most sudden and visible good effects were alleged from the use of oranges and lemons.

1800: Arrival of Placebo: Hooper’s Medical Dictionary of 1811 defined it as “an epithet given to any medicine more to please than benefit the patient.” However, it was only in 1863 that United States physician Austin Flint planned the first clinical study, he treated 13 patients suffering from rheumatism with an herbal extract which was advised instead of an established remedy. In 1886, Flint described the study in his book A Treatise on the Principles and Practice of Medicines“This was given regularly, and became well known in my wards as the ‘placeboic remedy’ for rheumatism. The favorable progress of the cases was such as to secure for the remedy in general the whole confidence of the patients.

Penicillin which was identified on mould growing on a stack of staphylococci cultures. Penicillin was the most efficacious life-saving drugs in the world for the  treatment of bacterial infections.

1932-1972:The Tuskegee Syphilis Study: The US Public Health Service conducted studies on 600 (including 201 control) subjects to study the effects of syphilis. Subjects did not provide informed consent and were denied access to Penicillin, a proven treatment for syphilis.

1937 Elixir Sulfanilamide Disaster: Chief chemist, Harold Cole Watkins, liquefied the drug by dissolving it in the toxic compound diethylene glycol, but failed to test the compound for toxicity since this was not a requirement at the time. Over 100 patients died after consuming Elixir Sulfanilamide.

1939-1945 World War II Experiments: Prisoners were subjected to hazardousexperiments with the goal of developingnew weapons, to aid in treating injuredGerman soldiers, and to advance their eugenic racial ideologies.

1943: The First Double blind Controlled Trial – Patulin for Common Cold: The Medical Research Council (MRC) UK carried out a trial in 1943-4 in order to investigate patulin treatment for (an extract of Penicillium patulinum) the common cold. The study was carefully controlled by keeping the physician and the patient blinded to the treatment. The outcome of the trial was unsatisfactory as the analysis of trial data did not show any protective effect of patulin.

1944 Multicenter Studies: For the first time, trials were conducted at different sites using the same protocol, with all the centers’ results assessed together. This finally allowed for larger numbers of participants and a wider range of population groups to be studied, which strengthens research trial designs and analyses.

1944-1974 Human Radiation Experiments: During the War, thousands of U.S. citizens became the innocent and unknowing victims of over 4,000 secret experiments sponsored by the U.S. government with the aim of determining the effects of atomic radiation on the human body, often using doses likely to harm the subjects.

1946 First Randomized Curative Trial –  Randomized Controlled Trial of the Streptomycin:The first randomized control trial of streptomycin in pulmonary tuberculosis was carried out in 1946 by MRC of the UK. Determination of whether a patient would be treated by streptomycin and bed-rest (S case) or by bed-rest alone (C case) was completed by the reference to a statistical series based on random sampling numbers drained up for each sex at each centre by Professor Bradford Hill.

1951 Henrietta Lacks: During treatment for cervical cancer, cells were taken from her tumor without her knowledge. Researcher George Otto Gey took these cells and noticed that, amazingly, the cells could be kept alive in culture. while the extraction of Henrietta’s cells, some 20 tons of cells have been grown from the HeLa line and were used to test the first polio vaccine in the 1950’s and have since been used for AIDS and cancer research.

1960’s Harvard Psilocybin Experiments: Two of his professors,Timothy Leary and Richard Alpert gave the psychedelic drug psilocybin to students and prisoners as part of a hypothesis that the then-legal drug could alter behavior in dramatic and beneficial ways. Due to the controversy and an article published in Crimson in 1962 they were dismissed by the university.

1964 Declaration of Helsinki: Helsinki, the World Medical Association articulated general principles and specific guidelines on use of human subjects in medical research, known as the Helsinki Declaration.

1976 Medical Device Amendments: President Gerald Ford signed this amendment into law in order to increase FDA’s authority over the production of medical devices.

1990 International Conference on Harmonization Guidelines: Many European nations creating plans for global harmonization of regulatory requirements to reduce duplicate, time-consuming, and expensive procedures needed to market products internationally, while maintaining safeguards on quality, safety, and efficacy. This need led to the creation of the ICH guidelines in April of 1990.

1991 The Common Rule: Captured in the Code of Federal Regulations, Title 45, Part 46, the rule Consist of description related with  the types of research subject to regulation.

1996 Health Insurance Portability and Accountability Act: This Act requires that patients must be informed about, how their protected health information will be stored and kept confidential when they participate in a research trial.

1996 The World Health Organization Guidelines for Good Clinical Practice: The guideline deal with the justifications for a trial and protocol; protection of subjects; responsibilities of investigators, sponsors and monitors; assurance of data integrity and product accountability; and roles of  regulatory authorities. http://cdn2.hubspot.net/hub/149400/file-410979295-pdf/docs/CRT_Timeline_download.pdf